Edit
watch 02:59
Metroid Dread - The Loop
Do you like this video?
Play Sound

A storm house a relatively big and cheap building players can construct. It is slightly more expensive than the Small shack. The storm house requires the research Small House to build. 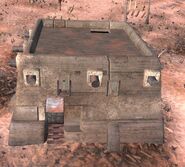 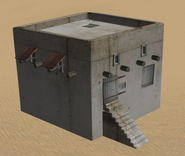 Old version of what later became the Storm House

In some towns such as The Hub, Old Storm Houses may be available for purchase. There is little difference between them, aside from a higher cost for the older buildings and their slightly worn look.

In the central south east, there are some instances of Storm Houses which have external metal beams. These can be found specifically in Flats Lagoon and Secret Drug Farm.