Skimmers are large insectoids native to desert climates. They are tall four-legged beaked antlions with antennae and a fanged mouth. They often travel alone, but rarely in packs. They're large and fierce carnivores who prey on humans and animals alike.

Their most distinctive feature is their ability to conceal themselves under the ground, lying in wait for their unsuspecting prey to come closer then ambush them from below. Skimmer camps usually sit in ambush mode and can number up to 8+ members. This creature can be too much of a challenge to newer players but reasonable at mid game play.

Bodyparts of adults have around 200-250 HP. Their attacks only damage a single target, no area damage. 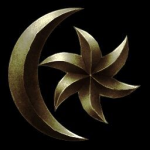 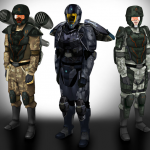