This article is about the character race. For the faction, see Skeletons. 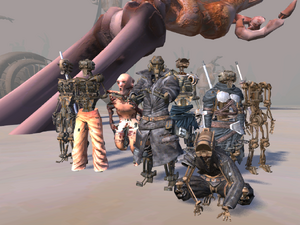