Samurai Legplates are Heavy Armour that are equipped in the Legwear slot. They are sold by Mongrel, Ronin, Shek, and UC Armour Vendors. It is part of the samurai armour series together with Samurai Helmet, Samurai Armour and Samurai Boots. The band on this armour is dyeable.

This armour has inventory dimensions of 4x5.

Samurai Legplates have the Samurai Clothpants as their base model but have additional metal plating covering the legs and lower torso. The metal plating is stitched together by leather and held in place by two thick leather belts. There is an ornate metal belt buckle in the front of the pants and two metal plates sit about butt level in the back. 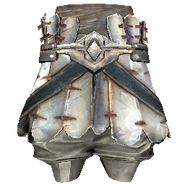 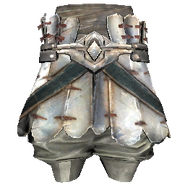 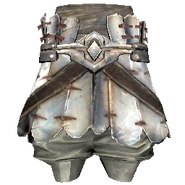 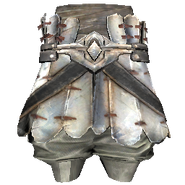 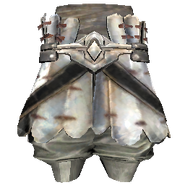 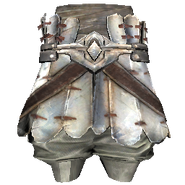 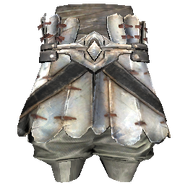 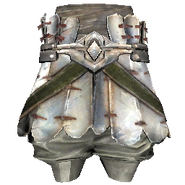 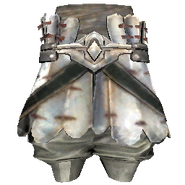 It can be crafted in the Heavy Armour Smithy after researching the appropriate blueprint.

The blueprint can be found on Bark armoury shop or the Great Library.