Edit
watch 04:03
Wiki Targeted (Games)
Do you like this video?
Play Sound

A Noble House is a building in United Cities and Slave Traders locations. This is the home of Nobles and their guards. Often there will be guards standing outside the doors. Nobles lead their lives of luxury inside these palace-like residences. A lucky thief may profit from the riches stored inside.

Be aware though, being caught committing theft inside a Noble House will incur a Nobles Wrath on the players outpost.

1. The Noble House here spawns as a Bughouse.

As the characters here are tied to World States that affect the town they are in, they will, of course, not remain in the town if they have been taken out, as such they will almost never reappear in malnourished, half-destroyed, destroyed, or takeover versions of the town.

Exceptions are made for United Cities towns turned into a malnourished or half-destroyed state via elimination of the surrounding slave masters or Tengu. These UC Nobles can still remain if only these external nobles are eliminated.

2. These UC towns have no exterior nobles that can influence it, as such only the death or imprisonment of the noble inside can affect it.

3. Heng is not affected at all by the state of Yoshinaga. As it is connected to Trader's Edge, it is instead Longen's wellbeing that is taken into account. 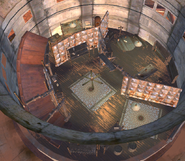 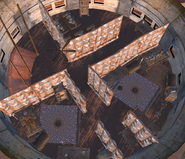 All items have the same relative chance. These locations also have a possibility of spawning money in the form of Cats or String of Cats items.