The Mercenary Guild can be found in various cities and travelling mainly diverse places.

They consist of many Mercenaries and Mercenary Heavies following a Mercenary Captain who will loan themselves out as bodyguards (c.2000 per day) or outpost protectors (c.1000 per day). They are quite powerful, and can be very valuable for a low skilled squad needing some protection. Contracts can be renewed by simply talking to the leader of their squad again. 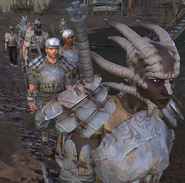 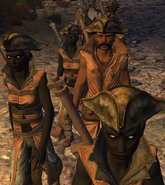 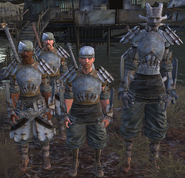 The factions this faction has special relations towards. For all others, it will use this faction's default (0).