Kenshi 2 is an upcoming prequel to Kenshi under development by Lo-Fi Games. Set around 1,000 years prior to the original game[1], the setting will still be in a post-apocalyptic state during this time period[2], and may have only slightly more advanced technology[3].

Though originally intended to use the latest version of OGRE as its engine, it was later changed to Unreal Engine 4[4]. There is currently no confirmed release date. Unlike Kenshi, the game will likely not pursue an early access release as the funding is not needed, which would significantly speed up development. There is, however, a potential beta phase towards the end of development to assist with bug testing[5].

Currently major known planned features include a larger and expanded world[6], with new and old landmasses to explore[7], more dynamic faction interactions[8], a district system for NPC towns[9], as well as a major new game changing system that is being kept secret[10]. Multiplayer is not planned for the game[11].

Hivers are confirmed to be a returning race, with some additions to the variety of their appearance [12]. While it is highly likely that the other races will return as well, they have yet to be officially confirmed.

Potential new features may include wall climbing [13], and boats [14][15], but so far remain unconfirmed. 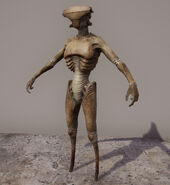 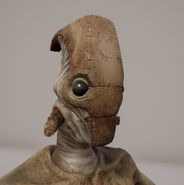