Edit
watch 02:05
Wiki Targeted (Games)
Do you like this video?
Play Sound

This article is a Work in Progress. It may contain out of date or incomplete information. 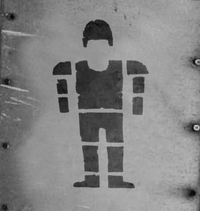 Equipment Shops are stores which trade exclusive equipment types, like Armour, Clothing, Footwear or Weapons. Such traders can be found in most towns. Specific stock varies by location or faction.

Players should be aware that these locations may not be the only vendors selling their specific type. Through the Artifacts system, vendors can spawn items randomly even if they are not a part of their set vendor lists.

These shops sell armour of all types, although usually Body Armour and Legwear.

Weapons Shops are merchants who trade exclusively in arms. Weapons Traders can be found in most towns. Stock may vary by faction or location. Shops which have a gear artifact value can also spawn weapons randomly through the Artifacts system. Another shop which sells weapons is the Black Market Bar.

Community content is available under CC-BY-SA unless otherwise noted.